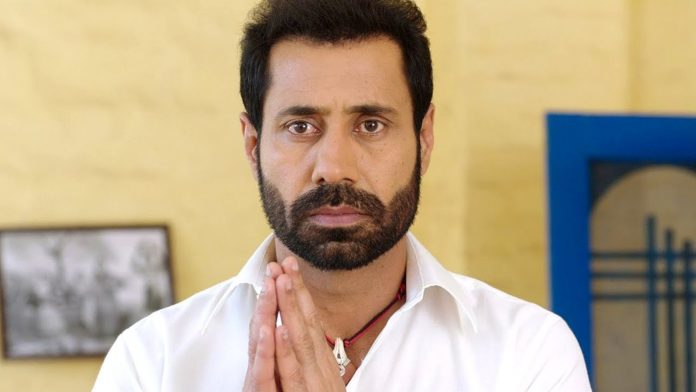 Binnu Dhillon doesn’t need any introduction as he is a renowned name in Punjabi Film Industry. He is known for the best comic performances in Punjabi Comedy Movies. He is a great Indian Punjabi Actor, Television Presenter, and Stand-up comedian. He belongs to Dhuri, Punjab, India and was born on August 29, 1975. Binnu Dhillon’s real name is Birender Singh Dhillon. New Punjabi Movies of Binnu Dhillon gave him huge popularity in Punjabi Cinema and he has created his special in the hearts of Punjabi’s living all over the world. In this post, we are providing with all the latest information about the New Punjabi Movie by Binnu Dhillon that you must watch.

Check out below the list of New Punjabi Movies of Binnu Dhillon and go mad with his hilarious performances.

Binnu Dhillon performed the lead character role in New Punjabi Movie – Band Vaaje. The storyline of Band Vaaje Film is based on Inder and Billo. Inder falls in love with Billo and later finds that she hails from Pakistan. He additionally came to know that his grandma dislikes Pakistani’s that encourages Inder to mislead his family about his love relation with Billo. This prompts comic circumstances in the story. With everything taken into account, the Punjabi Comedy Movie of Binnu Dhillon – Band Vaaje is a must-watch movie. So, go ahead and watch online New Punjabi Movie of Binnu Dhillon – Band Vaaje and enjoy the fun time while watching the hilarious acts of this Superhit Comedy Star of Punjabi Cinema.

The storyline is based on the past era in the setting. Binnu Dhillon played the lead role of a dark complexion boy who always tries to get a fair complexion. The movie revolves around Binnu’s on-screen character named ‘Lovely’ who struggles a lot to find love due to his dark complexion. When he meets Pammi (Sargun Mehta), who is a charming girl, he fell in love and dreams of marrying her! But, his life takes a turn when he has to prove that it’s not always the color of the skin that matters even heart matters too. To find out, how lovely succeed in bringing his love Pammi in his life? Watch online New Punjabi Movie of Binnu Dhillon, Kala Shah Kala and Punjabi Song Kuch Bol Ve!

New Punjabi Movie of Binnu Dhillon and Kulraj Randhawa – Naukar Vahuti Da was theatrically released on August 23rd in 2019. This movie is directed by a very famous director Smeep Kang. The main characters of this film are played by Binnu Dhillon, Kulraj Randhawa, Jaswinder Bhalla, Upasana Singh, and Gurpreet Ghuggi.

The trailer of Naukar Vahuti Da starring Binnu Dhillon and Kulraj Randhawa shows the story of a man trying his level best to apologize and mend his ways with his wife.

Binnu as Shivinder in this film is a family man and an aspiring song-writer. He is criticized by his wife due to his inability to earn well. The whole storyline is based around Binnu Dhillon and Kulraj Randhawa who are upset with each other and finally Kulraj leaves the house with her daughter.

The story takes a turn after when he decides to work as his in-laws’ driver to be stay connected with his wife and daughter. In order to bring his relation on right track, Binnu Dhillon takes a different avatar of an old man. However, he does this drama to stay close to his daughter and wife but eventually gets more attention to his wife’s aunt (Bua) whose role is performed by Upasana Singh.

All in all, this is a family-oriented comedy-drama which is perfectly blend with sentiments. Being a comedy-drama movie, this is a must-watch. ‘Naukar Vahuti Da’ Punjabi film also brings a message. Last but not least the tagline at the story’s end ”Jo Gharwali diyan Taliyan Jhasega oda hi Ghar Vassega” will make definitely make you bursts out of tears with a hilarious comedy of Binnu Dhillon! If, you haven’t watched it yet, then, go watch it online and make your weekend worthwhile!

The much-awaited film of 2019 by Binnu Dhillon has been over as the New Punjabi Movie of Binnu Dhillon – Vadhayiyaan Ji Vadhayiyaan has been hit the cinema’s and received a lot of applauds from the Punjabi’s all over the world. If you haven’t watched it yet, at that point, you ought not to miss it. It’s a Punjabi Comedy Film which is directed by Smeep Kang and was released on July 13, in the year 2018. The primary leader of this film incorporates Binnu Dhillon, Kavita Kaushik, Gurpreet Ghuggi, Karamjit Anmol and Jaswinder Bhalla.

The story starts with a hilarious situation when the lead (Binnu Dhillon) lost his eyes suddenly and goes blind right before his marriage and just before the film’s climax he got his eyesight back according to the storyline of the movie. The entire film revolves around Binnu Dhillon and his two companions who do everything to keep the secret of Binnu’s lost eyesight from his family members at the different marriage functions. To thoroughly enjoy the movie and its climax and how Binnu keeps his incredible comedy timings, watch this New Punjabi Movie of Binnu Dhillon right away!