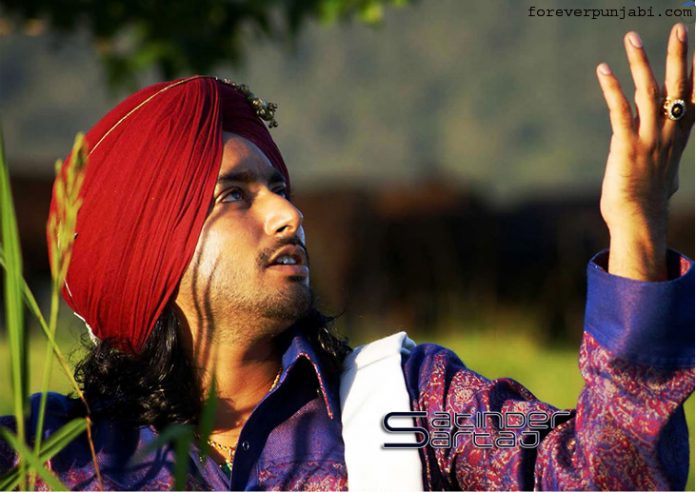 Dr.Satinder Sartaaj holds an unprecedented array of qualifications & achievements and he always remains true to his creativity and talent he has.

As a great singer and artist, he mesmerizes, leads and enlightens his audience with deep insights into the true meaning of life with his thoughtful Song lyrics. Traditional values are seen engraved deep in his compositions. Sartaaj captivates fans via sheer beauty of his thoughtful words and lyrics. His songs truly inspire the souls of many individuals around the world.

Dr. Satinder Sartaaj belongs to a Punjabi family. He was born on August 31, 1982, in Village Bajrawar, Hoshiarpur, Punjab, India. He is an incredible Indian Singer, Song Composer, Poet, Musician, Film Actor as well as Songwriter.

Satinder Sartaaj belongs to a Sikh family in Bajrawar, Hoshiarpur, Punjab, India. He completed his schooling in his village at the government school. After that, he shifted to Hoshiarpur, Punjab and there he completed his college including graduation in Music with Honors, Government College, Hoshiarpur, Punjab. He has also an array of Educational qualifications such as M.Phil in Music and Ph.D. In Sufi Singing. Sartaaj is Married to Gauri, his love interest for a long time, He got married at the Taj Hotel in Chandigarh on December 9, 2010.

Sartaaj has such a strong educational background in the musical field. Before becoming a singer, he has also taught music at Punjab University, Chandigarh. He has also taken part in various musical functions and won several events. He was also seen in the famous TV show Zee Antakshari in 1990. He shot to prominence after becoming the first runner up in the 24th All-India Light Vocal Festival. His First album released in 2009 which was named Tere Qurbaan and since then he is emerging to new heights day by day and has released several music albums after that. All of his spellbinding albums received a great appreciation from the audience of all genres.

After completing his studies, when he began his career in music, he first wrote a song that resembles a prayer and it was titled “Sai”. He released an album named Sartaaj in 2010, and the Sai song was its title song. That song created history in the music world and there was no one who did not love and appreciate this song. That song was deeply enriched with Sufism that everyone gave him the name of the best Sufi singer in Punjab. After the fabulous success with the song “Sai”, Sartaj never stopped and become the youth icon of Punjab that reflects the true culture and heritage of Punjabi history.

Sartaaj is an internationally acclaimed singer and best known for his well-crafted career in Punjabi-Sufi music. Along with singing, he has also performed as an actor in the international Hollywood film “The Black Prince” in 2017. He performed the role of Maharaja Duleep Singh in this movie.

His achievements took a great rise after his acting debut in Hollywood film-The Black Prince, which is the globally acclaimed motion picture. The famous poet is most widely recognized for his spectacular performances at several concerts worldwide. His fame has an array of hit songs that reflects the true heritage of Punjab.

His collaborations with Talib Kweli, Nelly Furtado, and other American music rock stars and with Bollywood Popular Actress-Shabana Azmi in The Black Prince taken his prolific career to the next level. He is now known as the first Indian Turban man who walked on the red carpet at Cannes.

He also worked towards raising funds with the UN to fight against Human Trafficking Sonu Nigam, A.R. Rahman, Quincy Jones, President Jimmy Carter, and many others who participated in that cause to fight against the world’s second-biggest crime. We hope Satinder Sartaaj keeps on inspiring us with his soulful sufiana music forever.