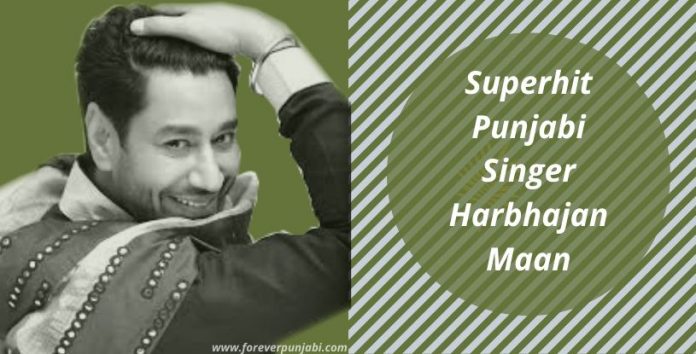 One of the most popular pop sensations in Punjabi Music Industry, Harbhajan Mann is the one who has seen a spectacular boost on the chart list of Indi pop Songs. His mega national album release created a unique niche in the Punjabi as well as international music Industry. His versatile singing and unique lyrics compositions in Punjabi Songs gave him an edge in today’s cluttered Punjabi Pop Songs World. His meaningful song reflects Punjabi Culture and tradition while inspiring today’s youth.

Harbhajan Mann is a popular Punjabi singer and Actor from India. He belongs to Khemuana Village in Bathinda, Punjab India. He was born on 30th December 1965 to Sardar Harnek Singh and mother Dilip Kaur. He has two brothers named Jass Mann and Gursewak Mann and three sisters. Harbhajan Mann is married to Harmandeep Kaur. They both are blessed with 3 children, Avkash Singh Mann, Mehar Inder Singh Mann, and Sahir Kaur Mann.

Harbhajan Mann is a Punjabi Singer, Actor and film producer. In his ravishing career spanning more than 25 years, Harbhajan has taken part in more than a dozen Punjabi films and music albums. He started his singing career as an amateur in the year 1980 and began performing in local shows while studying high school in Canada. His career journey as a professional Punjabi singer came into limelight when he released his song Chithiye Nee Chithiye in 1992. This song received a huge regional success in Punjab. He realized that Canada is not the perfect place to spread the traditional music of Punjabi and then he came back to Punjab to create his unique presence in Punjabi Music Industry.

Some Lesser-Known Facts About Harbhajan Maan

Punjabi Film “MERA VYAH KARA DO” is Ready for Release

Punjabi Film “MERA VYAH KARA DO” is Ready for Release