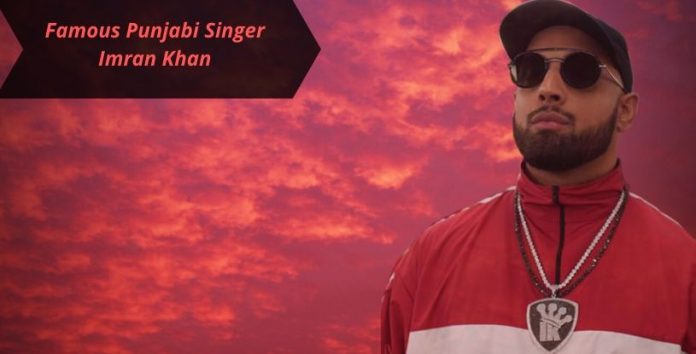 Let’s Have A Look At Punjabi Singer Imran Khan Biography

Famed by sensational song-Amplifier, Imran Khan was born on May 28, 1984. He is born in a city called The Hague which is in The Netherlands. His parents hail from the Gujranwala, Punjab which is in Pakistan. They settle in The Hague in the early ’70s. Imran has 3 siblings, 1 Sister, and 2 brothers.

Imran’s had always a great interest in music from an early age of his life. He began his career in the music world in his late teen years. After his first release Ni Nachleh by Prestige Records, Imran continued his music career by performing live different countries.

Khan’s first song release Amplifier (2009) produced by Eren E got a phenomenal response from the audience. That song received more than 2 million views on YouTube within the first week of its release at that time. Now the views on YouTube have reached over 161 million. The album was rated at the top five on the Official iTunes album chart. His next release-Bewafa, produced by Hakan Ozan was also a smash hit and had received millions of views on YouTube to date.

Khan released his debut music album, Unforgettable in the year July 2009. It incorporates the tracks, a remix of his first song, Ni Nachleh, Bewafa, and famous Punjabi Song-Amplifier. That music album was an incredible hit and was nominated in UK Asian Music Awards in 2010 for the Best Music Album. Khan parted his ways from Prestige Records in 2011, to create his own music label which was later become popular as IK Records.

Khan released his next song Satisfya in 2013 under the banner of his own label IK Records. The Satisfya song was produced by Eren E who also produced the song his “Amplifier”. The music video displays Khan with a yellow Lamborghini Aventador and sitting with a Leopard (cheetah). David Zennie directed Imran’s song “Satisfya” and that song received a big 100 million+ views on YouTube.

Along with Punjabi Songs, Khan has also sung for Bollywood Movies. He made his debut as a singer in Bollywood with the Hindi film Tevar (2015).

Imran released a song named Imaginary in June 2015 which was produced yet again by Eren E. The song was launched under the banner his own label record-IK Records. Khan shot several successful music video albums and songs such as Imaginary, Hattrick, Dimari, Morocco TAwin N Twice, and President Roley, etc. All songs are big hits and received a great response worldwide.

On his birthday, he launched his own merchandise known as “IKSEASON“. Imran Khan’s last release was “Knightridah” which was released in 2018.

Awards And Nominations Of Imran Khan