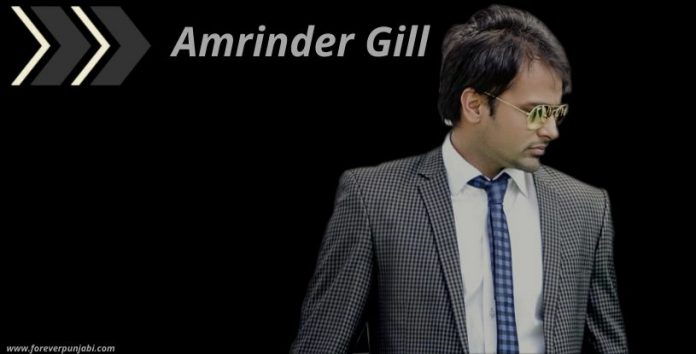 Owner of incredible voice, Amrinder Gill was born on May 11, 1976, in Boorhchand village in the District Shri Amritsar Sahib, Punjab, India. He was born to Father S.Amarjeet Singh and Mother, Inder Kaur. His father was a Doctor and Mother was a teacher. He has only 1 sibling his elder sister. He has completed his schooling from the school at the village and done his Master’s Degree in Agricultural Science from Khalsa College, Amritsar, Punjab. He is married to Suneet Gill and they both are blessed with two children named Armann and Arnaar.

Amrinder Gill is a great Indian Singer, Actor, Song Composer, Musician and very popular for his incredible work in Punjabi Music and Film Industry. He is the great admirer of the Punjabi Singer Gurdas Maan and he never missed not even a single song of Gurdas Maan. He is also a big fan of Actress- Divya Datta.

Since Childhood, he loved to do singing and had a great Interest in Acting Filed as well. During his study life, he also took part in various college Activities, which boosted his confidence to step ahead and face the audience while on the stage. He kept taking part in the College level Bhangra Competitions. Before his debut with his first Song, he had also worked as a Manager in the Central Corporate Bank in Ferozepur, Punjab. But, he left that job right after when he realized he is not born to do this kind of job and he started his career in singing.