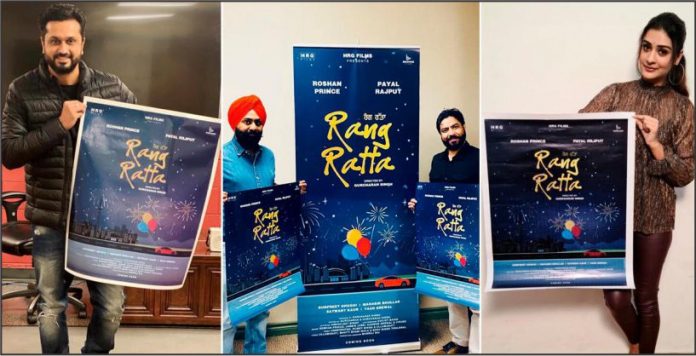 Brahmo Films is excited to ring in the new year with their feature film ‘Rang Ratta'(Colour of Love) with Principal Photography beginning on December 31st,2020 for what is bound to be a magical holiday-inspired Punjabi language hit, filmed on Canadian soil. ‘Rang Ratta’s’ digital poster was unveiled to signal the official announcement of the film by the cast & crew of the upcoming film.

Gurcharan Singh and Harcharan Singh of HRG Films will be filming on the sets around the GTA (Greater Toronto Area)for 25 days with six of those days showcasing breathtaking views of Niagara Falls.

The film will star Roshan Prince who is an accomplished singer, producer, musician, songwriter, and actor, and will co-star with the beautiful and talented actress Payal Rajput, a winner of SIIMA -South Indian International Movie Awards for Best Female Debut in 2019. 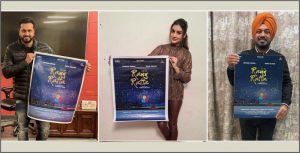 Director Gurcharan Singh wants to showcase his talent and passion for the film and says, “We want to bring the colourful and incredible world of Bollywood to Toronto and employ local talent and local film crews.” Producer and business partner Harcharan Singh adds, “We couldn’t think of a better, more beautiful setting for our winter wonderland Punjabi movie.”Canada

In this story, Prince and Rajput meet when a chance encounter happens due to u-turns in their destiny. Together Rajput and Prince will navigate through their turbulent romance, all the while putting the spotlight on the beautiful backdrop of a classic Canadian winter.

The supporting cast will include Punjabi film stars Gurpreet  Ghuggi, Mahabir Bhullar, Yaad Grewal, & Satwant Kaur. The film will have a high level of production values akin to a Bollywood movie thereby giving it a unique place in the Punjabi film industry. 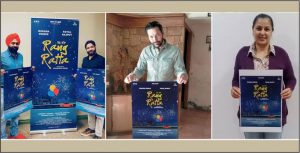 Every Bollywood or Punjabi film is only complete with an energizing and upbeat Punjabi soundtrack and in this film we feature the voices of famous singers Jasbir Jassi, Mr. Kanwar Grewal, Roshan Prince, and Viruss with music composed by Underrated, Romey Singh, and Ullumanati.

The dynamic duo of Gurcharan and Harcharan Singh has co-written the script and is taking it from script to the silver screen. ‘Rang Ratta’ is set for a worldwide release by the winter of 2021.