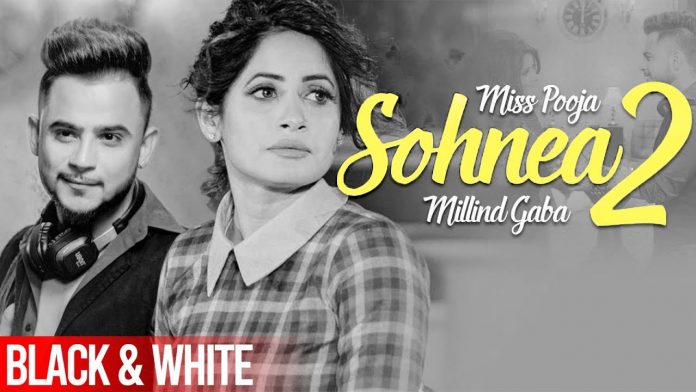 Miss Pooja is a very Hit and Talented Singer in Punjabi Music Industry. Youth, as well as people of all ages in Punjab and all over the world, are just crazy for her sensational voice. She is also known as Queen of Duets. She is an Iconic Punjabi and Hindi Singer and she proved that if you focused towards your goal and with great hard work you will definitely achieve success. Miss Pooja made her strong presence in Punjabi Industry when female singers were not so popular at all. She began her debut career in Punjabi Music Industry with her super hit duet song “Jaan Ton Piyari”. That song was released in 2006 and proved a milestone for Miss Pooja’s career.

Miss Pooja was born on December 4, 1980, in Rajpura, Punjab, India. She is a sensational Indian Punjabi Singer, Film Actress as well as a Musician.

Miss Pooja basically sings the Punjabi & Hindi Songs. Her real name is Gurinder Kaur Kainth. She was born to Father – Mr. Inderpal Kainth and Mother Smt. Saroj Devi. She has completed her Post Graduation – M.A. and B.Ed both in Music from the Punjabi University, Patiala, Punjab. After that, she got an opportunity as a Music Teacher in a school named Patel Public School in Rajpura. She worked there for about 2 years and her salary there was only 4500 Rs. per month.

She was very fond of singing since childhood and she always dreamt to become a great singer. Her constant hard work has made her a Superstar Punjabi Singer and she is now popular all over the world. She gave all the credit of her success to her parents as they were very supportive and their support made her reach the top of success today.

Miss Pooja started her career as a singer in Punjabi Music Industry with her popular song ‘Jaan Ton Piyari’. That was her duet song with the singer Darshan Khlea. Lal Kamal gave music in that song. The song got great appreciation from the audience.

She released her second album in 2009 which was titled ‘Romantic Jatt’. She sang duets with the singer Shinda Shonki. She recorded the very popular song of that time ‘Pani Hoge Dhunge Johna Launa Hi Chad Dena’ in the album ‘Pind Da Shingar’. Her songs made a sensation in Punjabi Music Industry and she became an overnight star. Her next song release ‘Ik Tere Karke’ from the album ‘Preet Brar’ was also a big hit.  She is one of the most popular Female Punjabi Singers who had sung the range of Punjabi songs with almost over 100 male singers. She has worked for different music genres such as Bhangra, Pop, Hip-Hop as well as Religious music. With her consistent work in Punjabi Music Industry, she became popular as the queen of duets. She has also featured in Punjabi movies such as “Channa Sachi Muchi” and more. Her third album release “Jattitude” was launched in 2012.

She made also made her debut in the Bollywood Music industry with her song “Second Hand Jawani” in the Bollywood Movie ‘Cocktail’. The song was incredibly hit. She has also sung a song named “Malamaal” for Bollywood Film ‘Housefull 3’ in 2016. She has won many prestigious awards for her incredible work in the Punjabi music industry. Her recent song Sohnea has won more than 181 million views on YouTube.

To date, Miss Pooja has sung over 3000 Songs and had launched more than 300 albums including duets, solo and Religious songs.

Apart from her career in singing, Miss Pooja has also worked in the movies. Her debut Punjabi Film was “Panjaban: Love Rules Hearts”. It was released in the year 2010. In this movie, the story revolves around twin sisters and their different perspectives was shown. She has also worked in the film named “Channa Sachi Muchi” that was released in 2010. She has also appeared in other movies named Best of Luck, Pooja Kiven AA, Ishq Garaari, etc. Based on her Acting and spectacular singing, Miss Pooja has won a range of Awards and Nominations, and also won various of them also.

Some lesser-known facts about Miss Pooja

Sorry guys ! Due to some technical issues #Mehndi song is being postponed. Next date will b announced soon .. stay tuned…. 🙏🏻🙏🏻 love ya 🥰

Awards and Recognitions of Miss Pooja: