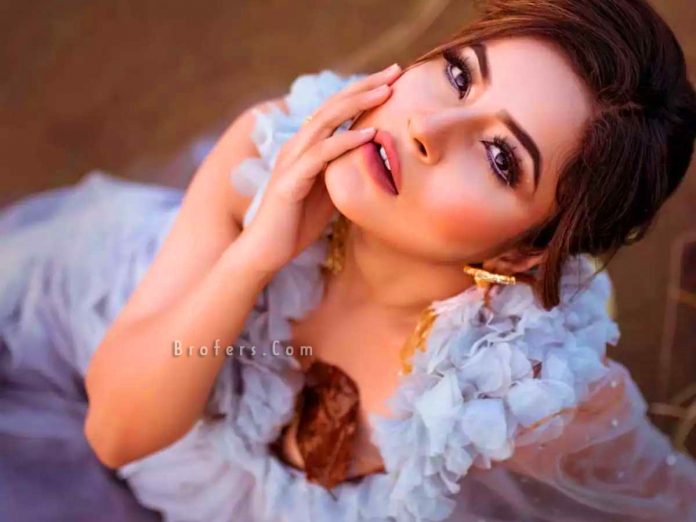 Shehnaz Kaur Gill is an Indian-Punjabi Model, Singer, Dancer as well as Punjabi Actress. Nowadays, she is gaining huge popularity due to his entry in Bigg Boss 13 in 2019. She is also very popular worldwide for her tremendous work in Punjabi industry. The actress came into limelight with her great performance in the popular music video named “Majhe Di Jatti”. She is very famous in Punjab for her incredible talents and rose to fame after she participated in a reality show on Colors Channel “Bigg Boss 13”. She is still receiving love from millions of her fans all over the world for his entertaining performance in Bigg Boss 13. Now, it would be worth to see if Shehnaz Gill wins Bigg Boss 13 trophy. Let’s wait and watch!

Shehnaz Kaur Gill was born and brought up in Chandigarh, Punjab India. She was born on 27 January 1993. She belongs to a middle-class Punjabi Sikh family. Basically, she hails from Beas, Amritsar in Punjab, India. She has completed B.com from Lovely Professional University in Phagwara, Punjab, India. Shehnaz has a brother named Shehbaz Badesha, but there is no relevant information available about him and Shehnaz Gill’s family as she likes to keep everything personal about his family and relatives. But, Shehnaz often shares cute pictures with her family on her Instagram account. Charming actress, Shehnaz Gill loves her family a lot and she is making them proud in every best possible way

Shehnaz Gill started her career as a Punjabi model and as a popular actress in the Punjabi industry.  She first appeared in Gurvinder Brar’s Punjabi Music video titled ‘Shiv Di Kitaab’ in 2015. After that, she has become successful Punjabi Model, Singer, and actress and rose to fame by performing extremely well in various music videos like Yeah Baby, Yaari, Lakh Laahnta, and many more other Punjabi Songs of Shehnaz Gill. But, the music video named “Majhe Di Jatti” featuring Kanwar Chahal made her an overnight star in Punjabi Music Industry. This song has proved to be a milestone in Shehnaz’s career. Since, then, she is successfully achieving a lot in her career day by day.

Apart from his career as a Punjabi model & actress,  she is also a wonderful Punjabi singer and has sung many Punjabi songs to date. Shehnaz Kaur Gill in Kala Shah Kala Movie in 2019, this is her debut film as an actress and it was a big hit at the box office collection. In the same year 2019, she has also entered in a popular reality show on Colors Channel “Bigg Boss 13” along with many big Bollywood celebrities. From the beginning of her appearance in the show, Shehnaz has been gaining everyone’s attention due to her entertaining and cute nature. Apart from a funny sense of humor, Shehnaz Gill-Siddharth Shukla’s Love Story Bigg Boss 13 is making her gaining limelight all around. Fans also like the love chemistry of Shehnaz Gill and Siddharth Shukla on Bigg Boss 13.

Now, the fingers are crossed and fans of Shehnaz Gill are waiting to see Shehnaz Gill wins Bigg Boss 13 trophy as she performing great at Bigg Boss House. This will also worth to see that Will Shehnaz Gill Siddharth Shukla and follow prince and Yuvika’s footsteps? Because Prince Narula and Yuvika Chaudhary’s love story was also started at Bigg Boss House. And, after that, they got married and today they became the most popular couples on television and social media.