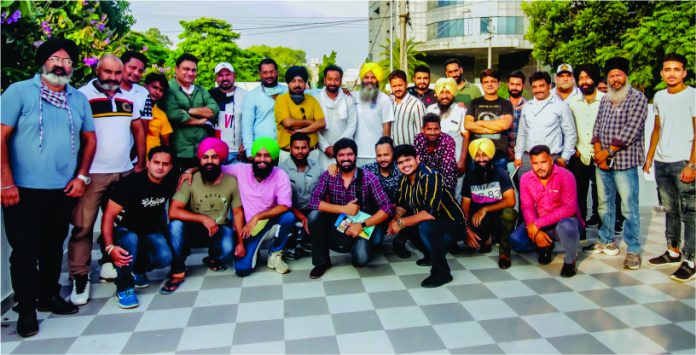 The ongoing coronavirus crisis has brought the film & entertainment industry to a standstill. To kick-start, the industry which provides employment to thousands, ‘Panj-Aab Line Producers’ Association’ have sought permission from Chandigarh UT Adviser Manoj Kumar Parida to resume shooting in the city.

In the missive written to the UT Adviser, the association members made him aware of the grim situation of the film & entertainment industry which is reeling under an economic crisis.

Laljit Gill stated, “We apprised the Adviser about the situation existing in the film and entertainment industry due to the lockdown and restrictions announced by the administration. Our industry is suffering huge losses and is in very bad shape. Many workers related to the industry, who mainly work on daily wages have lost their livelihood and many have left the profession. While considering these issues, the Punjab government has already allowed shooting in the state while other states like Maharashtra, Haryana, Goa, etc have also resumed the shooting in their respective areas. So we request Chandigarh Administration to issue the permission of shooting in Chandigarh as soon as possible.”

President, Darshan Aulakh highlighted, “The pandemic has hit the film & entertainment industry negatively and as a result of no production work happening in Chandigarh, thousands of people have been affected. These include light men, spot boys, camera persons, and others. To save their livelihood we have requested the UT Adviser to resume the shooting in Chandigarh, which is a prime location for the Punjabi film industry.”

Parveen Kumar, General Secretary said, “We are all geared up to take all the preventive measures at the shoots to keep the virus at bay. We will adhere to the guidelines and norms issued by the Chandigarh Administration in this regard.”

The association’s delegation informed that not only is the video production & film industry in financial doldrums, but due to lack of permission for shooting in Chandigarh even film tourism which was a major industry has received a set-back. As crews from outside are not coming to Chandigarh business of tourism sectors like hotels, taxi services, etc is going southwards. What’s more, the government is also losing GST revenues due to shooting not being allowed in Chandigarh.

Laljit Gill summed up, “We will engage the bare minimum professionals at the spot of the shoot, we plan to use sanitization tubes, sanitizers, maintain social distancing and make use of masks compulsory for the entire crew; only character artists will be allowed to remove masks during takes and this too with proper social distancing.”