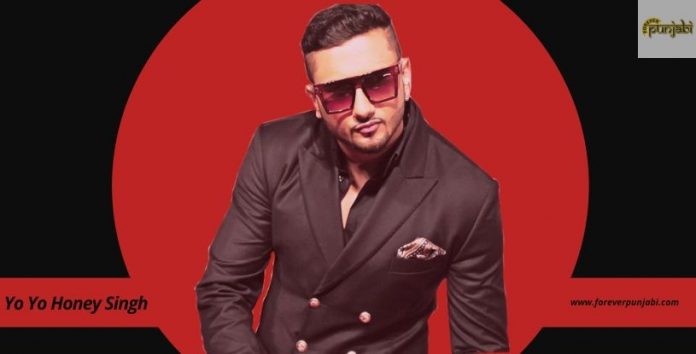 Hirdesh Singh, well popular by his name Yo Yo Honey Singh, is a music sensation of India. He is one of the most sought after music artists and a renowned Indian Rapper. Aside from being a rapper, Honey Singh is also a great singer, Music producer as well as a film actor.

The sensational rapper is popular for his funky, rocking and party songs. He has sung a variety of songs in different genres including Punjabi rap, Desi hip- hop, Punjabi Bhangra Songs, Dj Party Songs, etc. Fright from the beginning as a Bhangra Songs composer to turning into one of the highest-paid Bollywood music producers, Honey Singh has come far away with a successful career.

Let’s Learn All About Yo Yo Honey Singh Biography

Yo-Yo Honey Singh was born on 15th March 1983 in Hoshiarpur, Punjab, India. He belongs to a typical Sikh family. He completed his schooling from Guru Nanak Public School, Punjabi Bagh, in New Delhi.

Furthermore, With his emerging interest in music, the rapper went to the United Kingdom to study music at Trinity School. After successfully completing his music studies, he shifted back to Delhi to start his career in the field of music with better career opportunities.

Honey Singh is married to Shalini Talwar. She is his childhood sweetheart friend. Their wedding was a hush-hush ceremony held on January 23, 2011. Since childhood, they studied both together in the same school in New Delhi.

They continued to stay in touch even after he went for further music studies in the UK. After he came back, the two pledged to Get Married. Honey Singh introduced his wife for the first time on Indian television show India’s Raw Star.

The incredible Indian Singer & rapper Honey Singh, who sings in different genres like his native language Punjabi, Bollywood Hindi Songs & English, began his music career as an individual song composer and singer. To date, he has composed a range of individual song tracks.

For the first time, he composed a song – Begani Nazar in 2006. That song was sung by his beloved fellow Punjabi Rapper Badshah. His next collaboration was with Famous Punjabi Singer-Diljith Dosanjh in song `Lak 28 Kudi Da` released in 2011. Within the same year, Honey Singh composed the remix version of song-Chamak Challo. He collaborated with J star in this track and made it a revolutionary hit.

The song was starring Hrithik Roshan and Sonam Kapoor. Dheere-Dheere song was one of the most hit numbers in chartbuster. The list of Honey Singh Hot Songs does not end here. Honey Singh Latest songs include Urvashi, Makhan, Gur Nalo Ishq Mittha, etc. He has come with a bang again with his trademark peppy beats in Pagalpanti new song Thumka.

In addition to rapping and singing, Honey Singh established himself as an actor too. He began his debut as an actor with his Punjabi film Mirza – The Untold Story in 2012. He made his debut in Hindi films in 2014 with a film named The Xpose.

The controversy is also gone hand in hand with Honey Singh as he keeps on creating shocking headlines with his troubles which is known to all. His song lyrics are often considered as vulgar and misogynist. Audiences have complained against him several times that his songs are marking a bad impact on today’s young generation.

But against all his controversies and troubles, he still remains on the top list of Indian Singers. He has already created a special place for himself in the Indian Music Industry. Today he is considered as one of the sought after music artists in India.