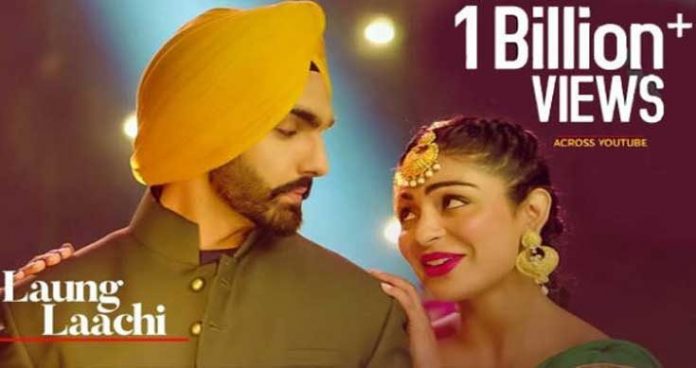 Sung by Mannat Noor, the 2018 song Laung Laachi took the … for taking the song to this level and the viewers for making it a huge success

Laung Laachi is the title track of Indian Punjabi language film starring Neeru Bajwa, Amberdeep Singh and Ammy Virk the film was directed by Amberdeep Singh and produced by Neeru Bajwa. The Song is released under the label of T-Series Apna Punjab. The lyrics to the song was penned by Harmanjit and to his lyrics, voice is given by Mannat Noor. Further, Music direction was given by Gurmeet Singh   Neeru Bajwa shared her joy on social media handle where she wrote- “1 Billion views!!!!!