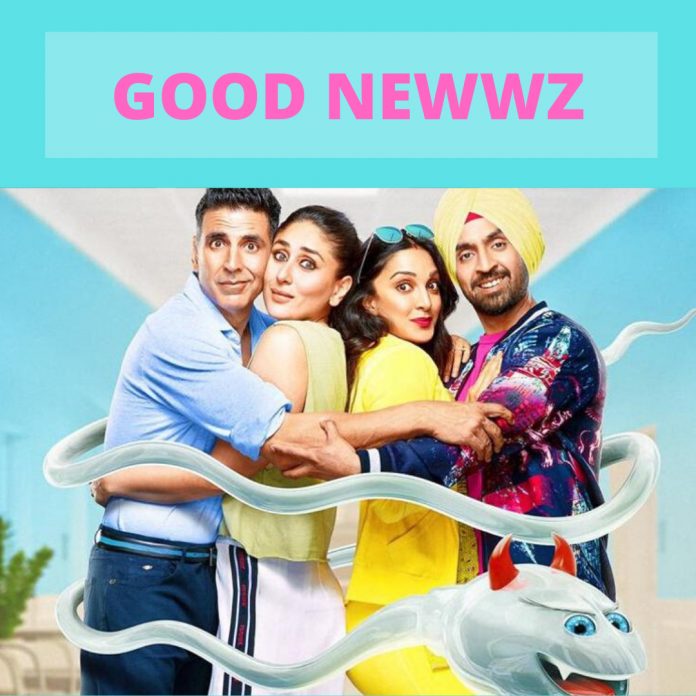 Akshay Kumar recently launched the First Song of Good Newwz at Chandigarh University while talked about the Importance of IVF and how it has changed the life of many childless families.

The wait is finally over for die-hard fans of Akshay Kumar and Kareena Kapoor as they are going to come back together with a bang on the silver screen. Their upcoming Bollywood Movie Good Newwz already created a buzz all around. As soon as they launched the trailer of this hilarious comedy-drama, the fans went crazy with their best on-screen chemistry.

This movie has been the talk of the town since the trailer launch and now the makers of the film have come up with its first song. The lead pairs of the film Good Newwz including Akshay Kumar, Kareena Kapoor Khan, Diljit Dosanjh, and Kiara Advani visited Chandigarh University to unveil the first song- Chandigarh Mein.

The song Chandigarh Mein is receiving great appreciation from the fans. Beginning with a spectacular cameo appearance by the producer of the film- Karan Johar, the smashing track appears nothing less than a party anthem.

All the lead pairs of the film were looking dashing at the song launch at Chandigarh University.

Akshay Kumar shared a video from the song launch where you can see:

#Akki’s buzzing entrance at Chandigarh University One of the most exuberant stars of #Bollywood, Akshay Kumar leaves no stone unturned to surprise audiences with his acts. This time, the actor made sure to keep everyone in anticipation as he made his stage entry on a bike with Kiara Advani. Here are a few snapshots from his thrilling entrance. #CU #ChandigarhUniversity #BollywoodAtCU #ChandigarhMein #ChandigarhStep

The star cast of the film also challenged their fans to send their videos with performing the hook step of the Chandigarh Mein Song. Before the song launch at Chandigarh University, the makers of the film released a video to invite fans to participate in the #ChandigarhStep.

This is Kareena Kapoor’s second film with Diljit Dosanjh. They both were seen together earlier in Udta Punjab. The film Good Newwz basically revolves around a story of a sperm mix up at an IVF (In Vitro Fertilization) clinic between two couples with the same surname ‘Batra’s’. The doctor at the IVF center mismatches their sperms and this created a lot of confusion. While the other phases of the story will be truly worth watching.

The exciting film Good Newwz is helmed by Raj Mehta and it is all set to hit the silver screens this year on December 27, 2019. Save the date and must watch it to enjoy the fun & frolic of this movie at its best.