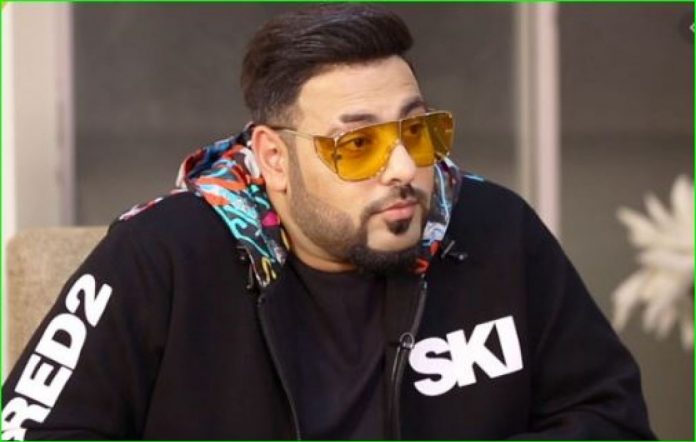 The multi-talented artist Badshah is the true inventor of Rap in the Hindi and Punjabi music industry, successfully carrying up Hip-Hop in the Bollywood with the club banger “Abhi Toh Party Shuru Hui Hai” in the Bollywood Movie Khoobsurat starring Sonam Kapoor and “Saturday Saturday“, that had made the whole nation groove to its enthralling beats featuring Bollywood`s two most leading superstars Varun Dhawan and Alia Bhatt.

Also his very popular tracks “Selfie Le Le Re” with Dashing Salman Khan and “DJ Waley Babu” broke all blockbuster records. Badshah has created a perfect blend of Punjabi songs such as Terminator, Gym, Take Your Sandals Off, Fateh and Khu Te Bar, which have made a special place for him in the hearts of millions of fans.

From composing innumerable songs to collaborating with top-notch artists, Badshah has been dominating the world of Hindi and Punjabi cinema.

He has released four albums with the collaborations of prominent artists all around the country to create sensational, record-breaking hits. He rose to fame with all his hit Rap songs becoming foot-tapping beats nationally that go beyond boundaries.

His innovative style in every music composition and chartbusters has made him extremely popular among the youth today. He has also worked for Zero, Nawabzaade, and made his debut in acting with Bollywood movie “Khandaani Shafakhana”.

His next release in 2020 includes the next version of ABCD franchise “Street Dancer 3” directed by Remo D`Souza.

Badshah was born and brought up in New Delhi. He was born on 19 November 1985. The real name of Badshah is Aditya Pritam Singh Sisodia. He has grown with a blend of Punjabi and Haryanvi Family, as his father is Haryanvi and his mother hails from a Punjabi family.

Badshah’s father was not in favor of his career in rapping, however, Badshah still chose his fantasy of becoming a rapper and successfully achieved his dream.

Because of his dedication and hard work in achieving his ambition, he now becomes a prominent artist and popular worldwide. Now, his family also appreciates his decision and is dependably in favor of him.

Badshah completed his schooling from Bal Bharati Public School in Pitampura Location in Delhi. Since his school days, he used to participate in the annual school choir. He then took admission in Civil Engineering Diploma from PEC University of Technology in Chandigarh.

But, soon he realized his goal for life and he quit his college life. After, then he started to rap in Punjabi. He believes that if he would not a rapper, he would definitely gonna become an IAS officer.

Badshah is happily married for a long time now. Multi-dimensional Artist Badshah’s beloved girlfriend later turned into his love of life his wife. Vocalist Badshah is married to Jasmine who belongs to the United Kingdom.

He once said in an interview that his lady love does not have much interest in music rapping, however, his music is hence loved by his huge number of fans worldwide. You probably won’t have seen heard of any linkup rumor about Badshah, because he has never engaged with one, in short, he is a one-woman man.

Badshah controversy with Yo-Yo Singh has been making headlines everywhere. It all started when Honey Singh made comeback with his film Zorawar and during that film promotional tour, he made a statement ‘Rolls Royce Chalayi hai Aapne Kabhi, Rolls Royce or Nano me bohat fark hot hai’.

He made this comment when he was asked that Badshah has taken his place in the Music Industry. Badshah replied back to his statement while saying that one can find numbers of Nano’s on the road except Rolls Royce are hard finds anywhere.

Their fight doesn’t stop there, after that they met at friend’s party where again they had a heated conversation that also fueled their controversy headlines.

Badshah started his career in Music Industry in 2006, with his best buddy of that time Yo-Yo Honey Singh. He has sung numerous hit songs in Punjabi, Hindi, as well as in Haryanvi languages. Since childhood, he desired to go for Civil Services; despite he never wished to become a singer or rapper. Before entering the music world, Badshah was a student of a civil engineer.

In 2014, he released his first single- Bollywood song ‘Saturday-Saturday’ with the collaboration of Akriti Kakkar and Indeep Bakshi. In the same following year, he gave next hit single ‘Selfie Le Le Re’ for the Salman Khan starrer film Bajrangi Bhaijaan and ‘Abhi Toh Party Shuru Hui Hai’ for the Bollywood Movie -Khoobsurat.

He has also appeared in the music video of the very popular song ‘DJ Wale Babu’. This musical video received so much appreciation from his fans and gained millions of views on Youtube which has now received more than 100 million views and even won the no.1 position on the iTunes chart.

His some of the most famous songs for Bollywood films:

He has also seen in music video songs and received millions of views on youtube such as Proper Patola, Wakhra Swag, Pop the Bottle and Heartless Bandook, Saturday-Saturday, RayZR Mera Swag and many more. In 2016, he collaborated with Navv Inder for the Punjabi music video ‘Wakhra-Swag’. This video song got the award titled ‘Most-Popular-Song of the Year’ at the Punjabi Music Awards in 2016.

Today, Badshah has become a prominent part of Bollywood as well as Punjabi Music Industry and his stunning songs have made created a special place for him in the hearts of his fans’. His Raps, Songs and live stage performances are true gifts for music admirers today.

Badshah rose to fame with his hit song ‘Saturday-Saturday’. After that, he gave many hit songs such as:

That’s all folks about Badshah Biography. We hope that you like this post. Hit like and share this post with your friends and loved ones. Stay Tuned with Foreverpunjabi.com to stay updated with the Biographies of Other Punjabi Artists, Singers and more.